The Students’ Council of St. Xavier’s College (Autonomous) Kolkata for the academic year of 2019-20 assumed office on the 28th of July, 2019. The Annual General Meeting of the Students’ Council was held on 27th July, 2019. Rev Dr Dominic Savio, SJ Principal, St. Xavier’s College, Kolkata chaired the meeting as the President of the Council. The AGM was attended by 118 Class Representatives from various departments and 11 Society Secretaries. The members met to elect the General Secretary, Assistant General Secretary, along with 10 Working Committee Members. Following are the current members of the Council:

The Students’ Council’s active and enthusiastic involvement in organizing events led to a year filled with numerous admirable occasions and tournaments. The Students’ Council, in alliance with the SXCCAA, organized Teachers’ Day on the 5th of September, 2019, having the Governor of West Bengal, Hon’ble Shri Jagdeep Dhankhar, as the Chief Guest. The felicitation programme was followed by a cultural programme organized by XADAM. The SXCSC carried forward the sports’ tradition by collaborating with the Department of Sports of St. Xavier’s College in organizing the annual Xavier’s Premier League on the 6th and 7th of September, 2019, opening horizons for the sports enthusiasts, encouraging and rewarding them for the same. The award for the most popular team category was dedicated and honoured in remembrance of a demised fellow Xaverian, Hrisheek Koley.

The Kolkata District Youth Parliament, 2019, held on the 17th of September, which was sponsored by the Department of Parliamentary Affairs and Higher Education, Government of West Bengal, was smoothly coordinated by the Students’ Council, concluding the event in a success. The event was dignified in the presence of the Director of Public Instruction, Govt of West Bengal, Joint DPIs and heads of various participating institutions. 20 colleges around the city took part in the event, with around 450 participants. SXCCAA and the Students’ Council actively organized the Annual Christmas Meet, on 20th December, 2019, that was graced by the Hon’ble Chief Minister, Smt. Mamata Banerjee. The event ended with prayers for hope and glee. SXCCAA in collaboration with the Students’ Council organized a Silent March on December 30, 2020, to stand in solidarity with the Students of JMI and AMU. Students, staff and alumni members of the college participated in the silent march.

The Students’ Council organized the most celebrated event of St. Xavier’s College (Autonomous), Kolkata – a three-day annual extravaganza celebrated in the heart of the campus – ‘Xavotsav’, 2020, with the theme ‘Picturing Paradise’. Prior to this, ‘X-tacy,’ a two-day preliminary event, was organized on the 11th and 12th of January. Reputed as the biggest college fest of the city, Xavotsav this year hosted multiple events, bringing in some of the most celebrated guests and performers like Ritviz, Sukriti and Prakriti Kakar, Biswa Kalyan Rath, among others, inviting a crowd over 30,000 heads, with 48 colleges from all over India participating. SXCSC also participated in reputed inter-college fests like “Umang” of Bhawanipore Education Society College, “Samagam” of Loreto College, “Invictus” of JD Institute, “Udaan” of Ashutosh College, Kolkata, “IBTIDA” of Jadavpur University, among various others, where the college secured prizes in many events.

Following this, in February 2020, SXCSC along with the Department of Sports, SXC successfully organized the prestigious “Inter College State Sports and Games Championship” under the auspices of the Education Directorate, Department of Higher Education, Government of West Bengal, from February 24th to 29th, 2020 at the Sports Authority of India complex. 19 districts participated in the event which comprised of Football, Athletics and Kho-Kho. In the ongoing virtual normalcy, the Students’ Council with the Department of Sports, SXC organised an Online Sports Quiz, that saw the active involvement and participation of students from the college, driven by the zeal of intellectual challenges.

The Council whole heartedly supported the various relief initiatives undertaken by SXCCAA for Umphan and COVID by encouraging the students to actively contribute towards the cause. Under the guidance of the President, Deputy President and the Vice Deputy Presidents, the Students’ Council of St. Xavier’s College continues to show its dedication for the welfare of the students’ community in the college and their zeal and their commitment to achieve new heights. 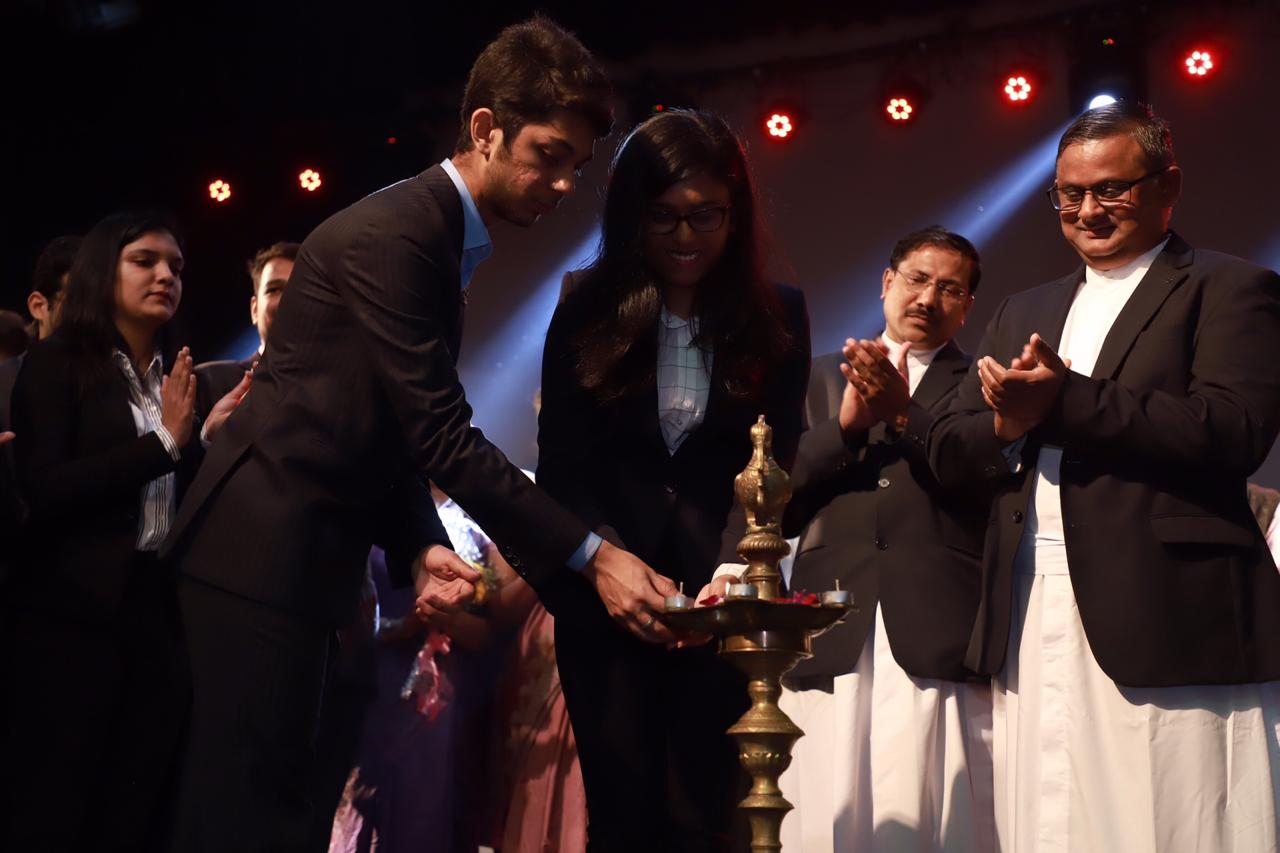 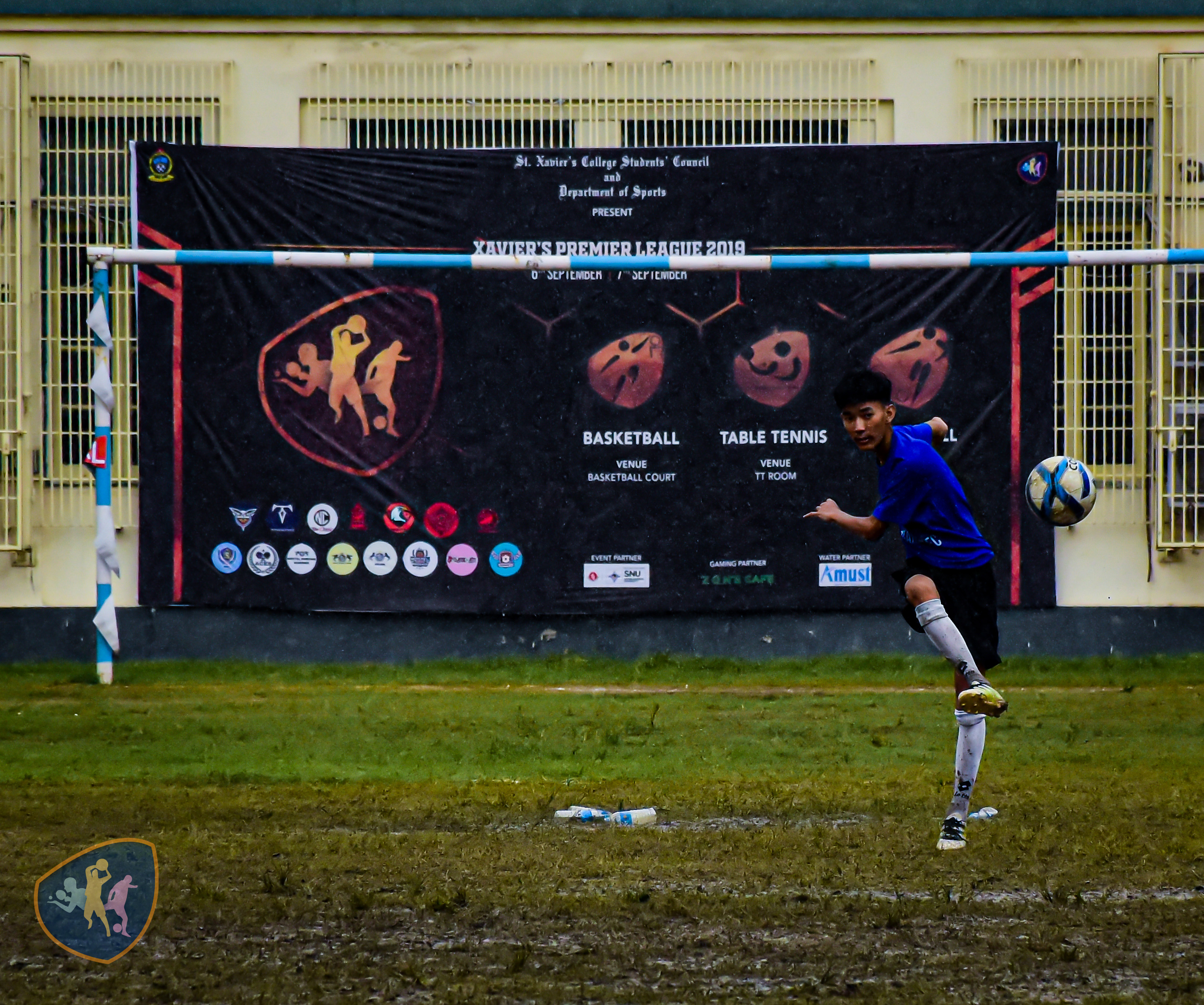 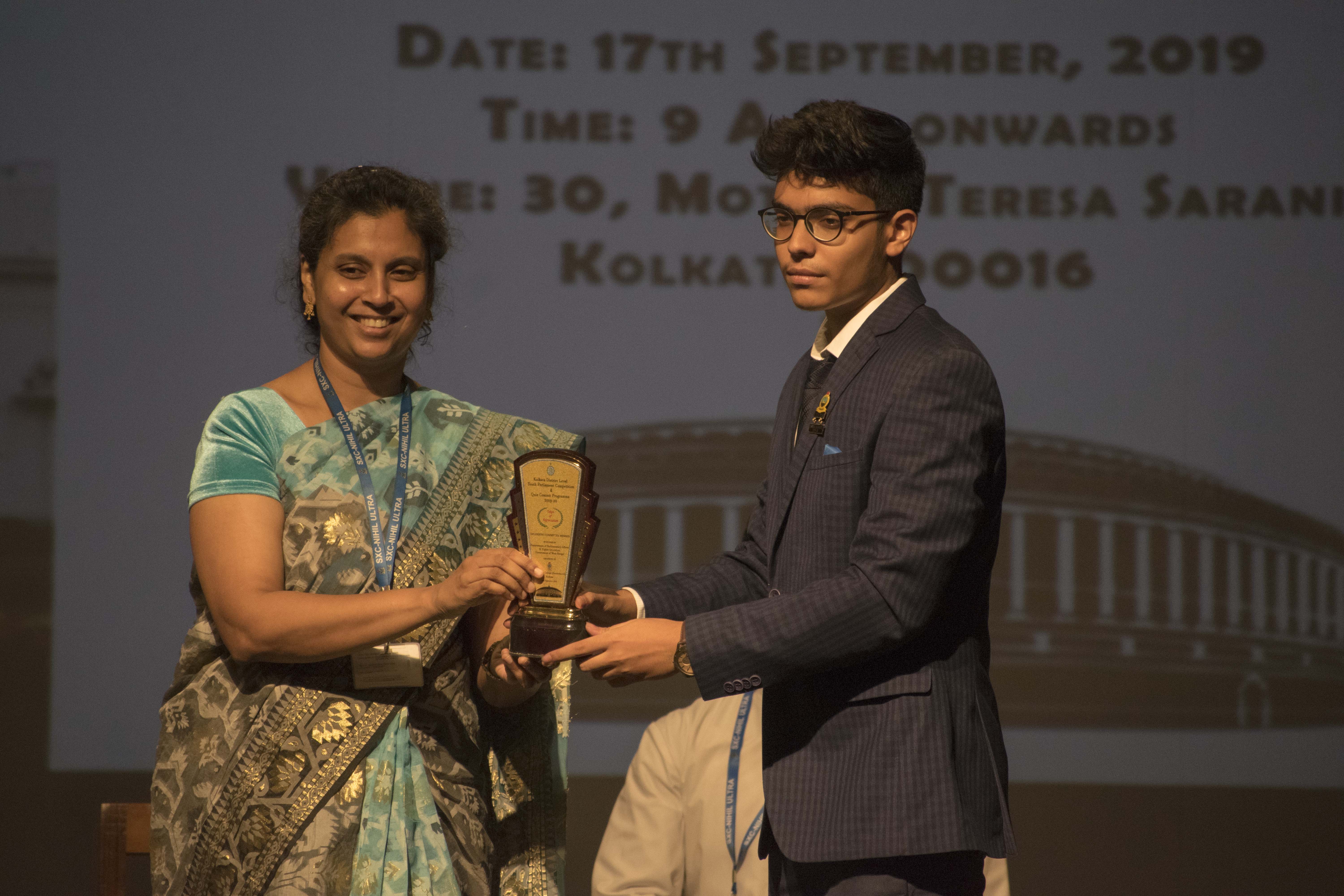 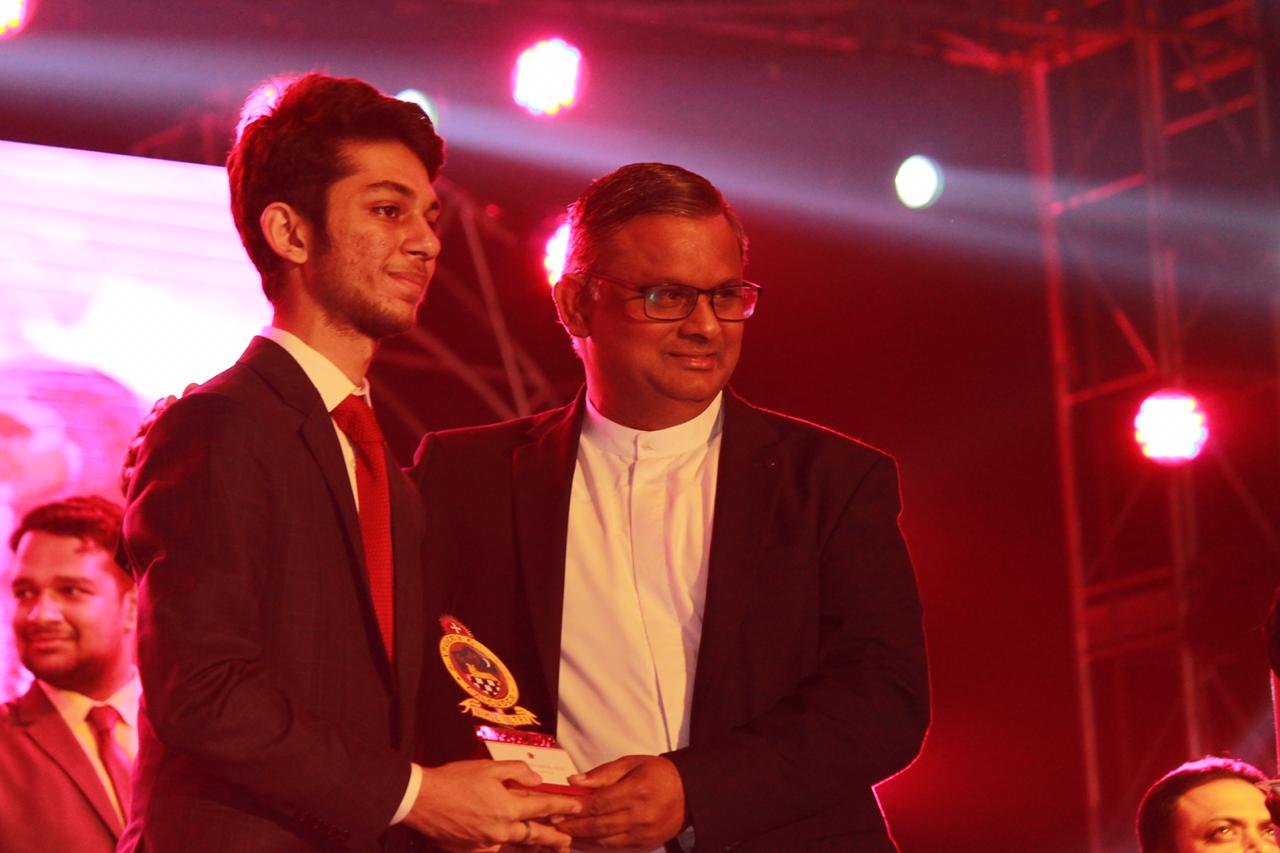 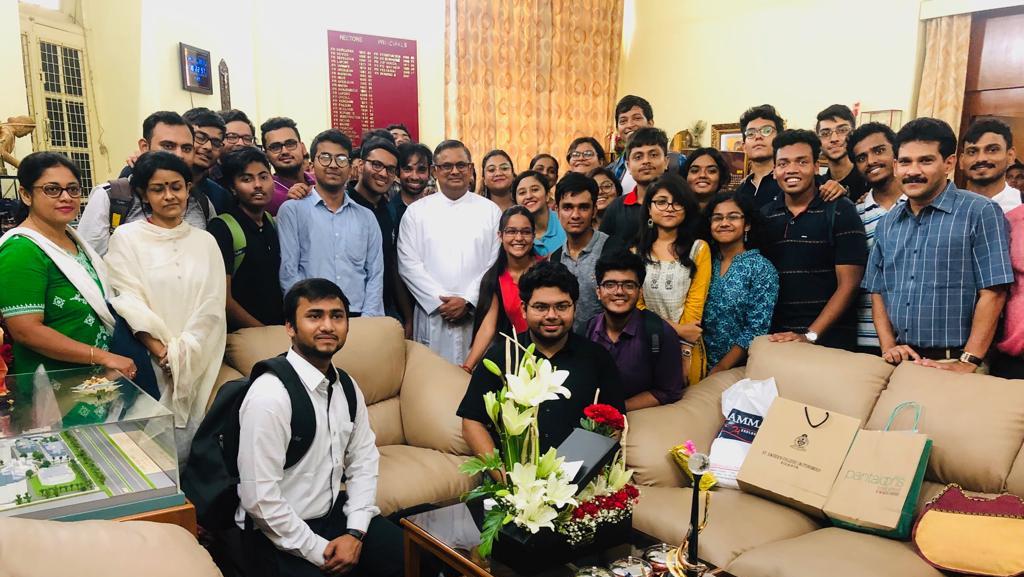 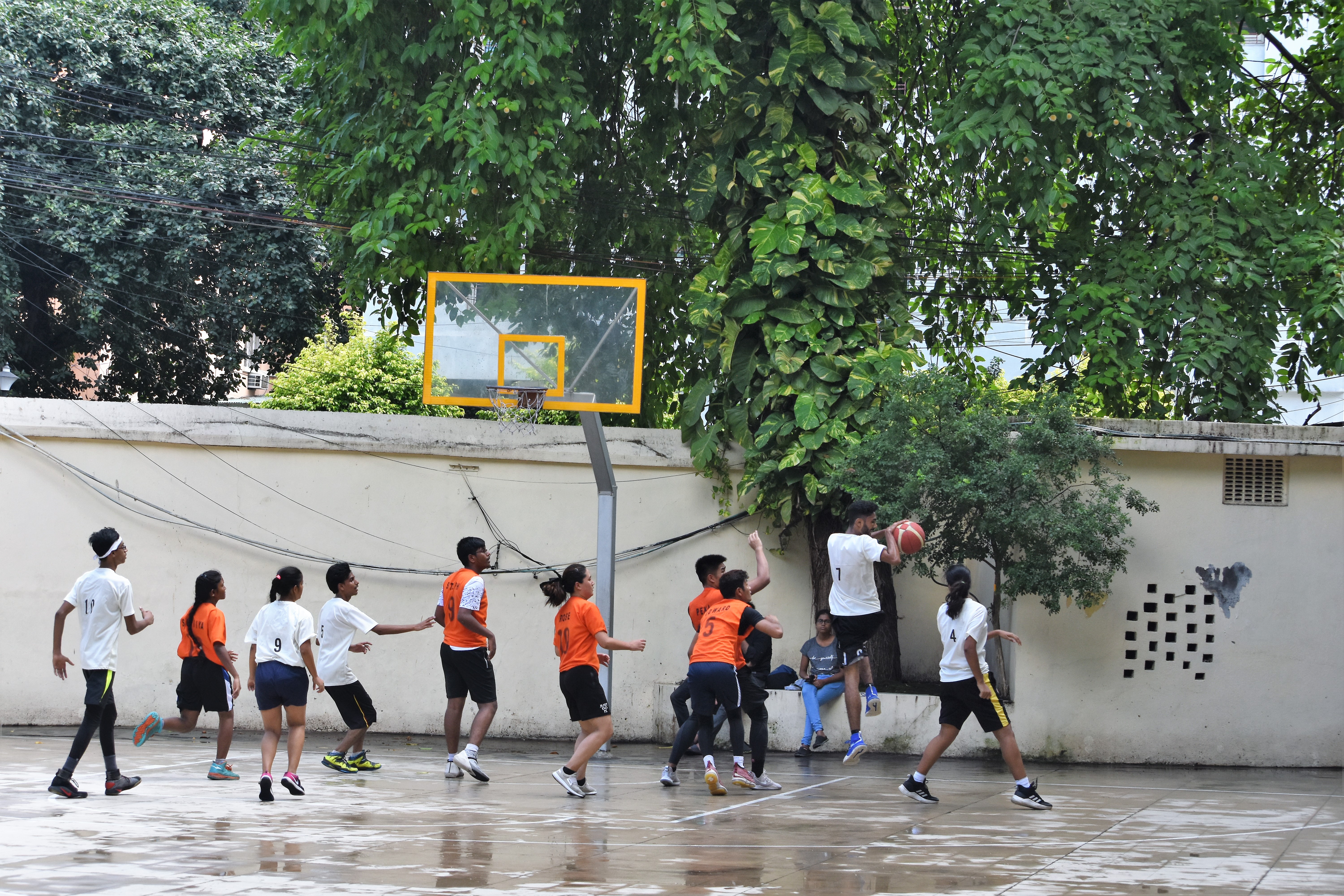 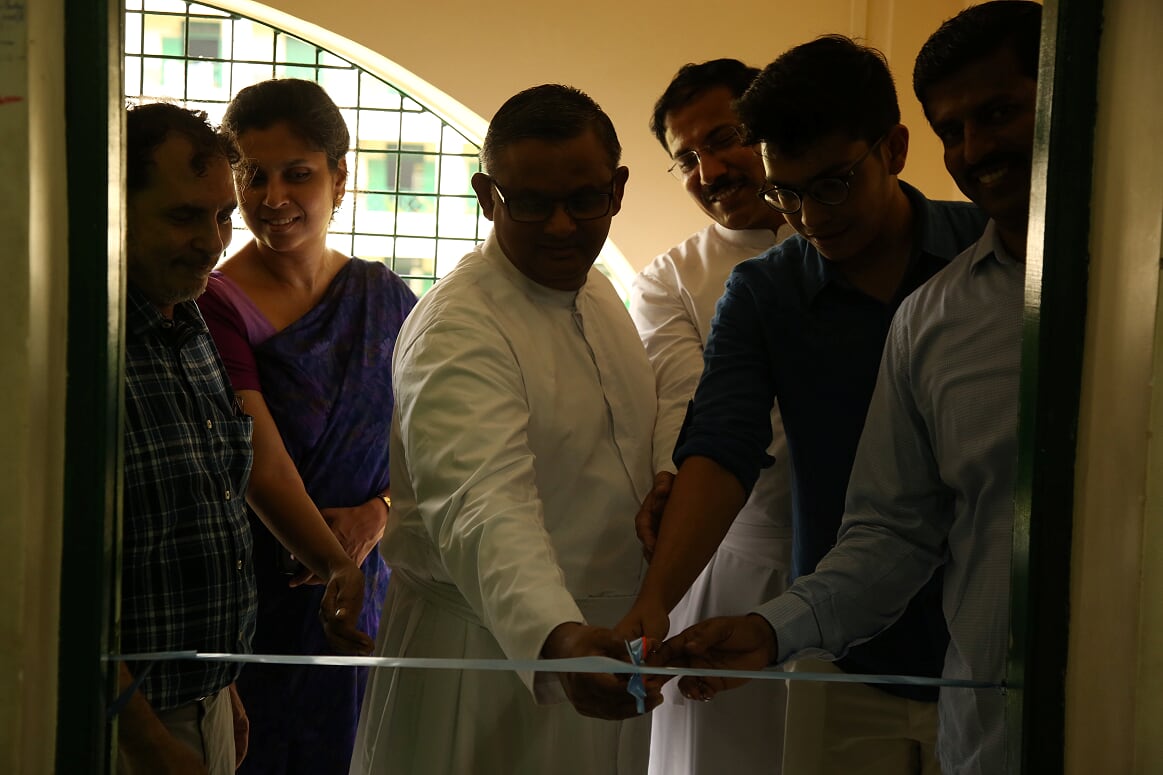 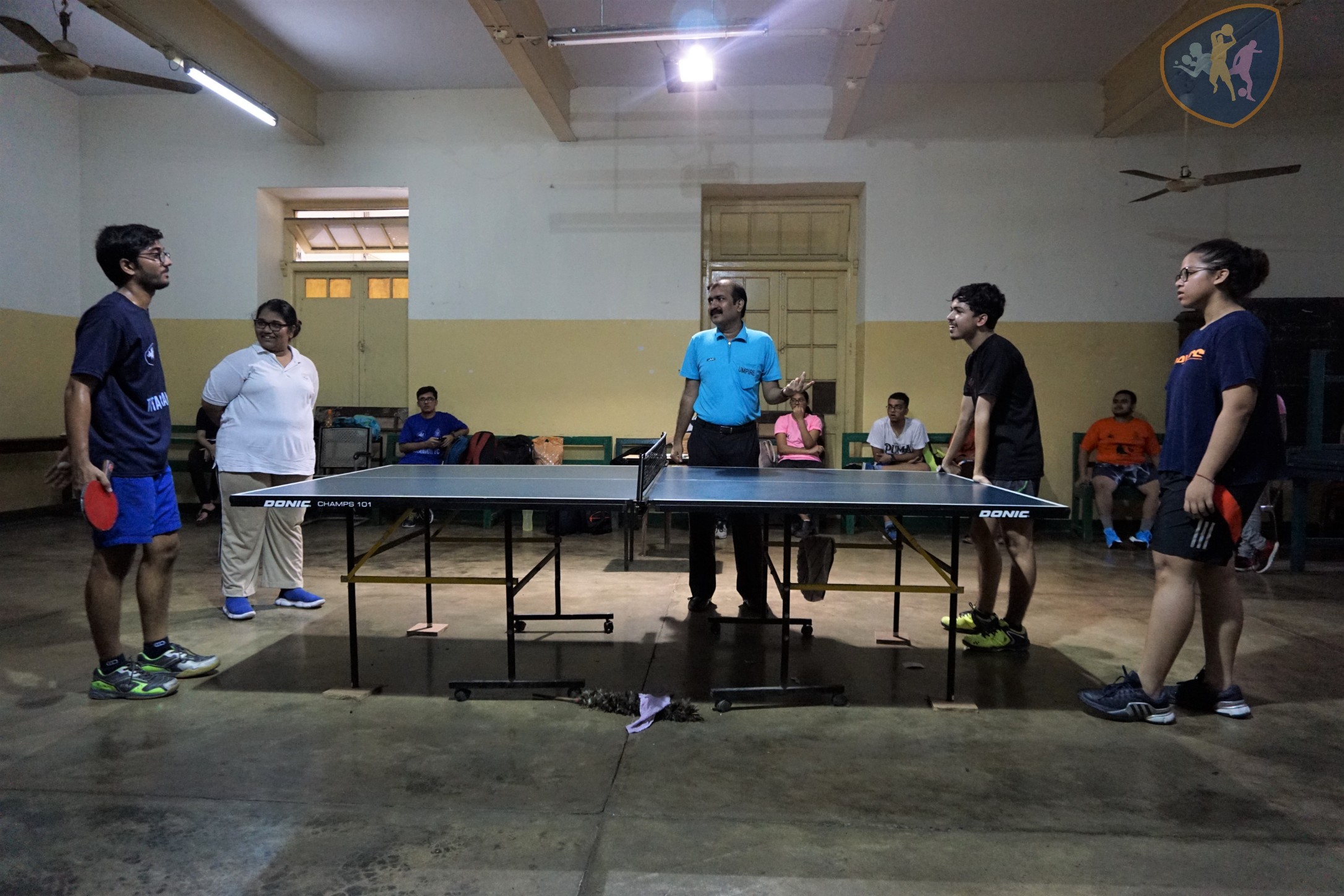 The Crest of St. Xavier’s College is modeled on Jassu Crest of the College Patron Saint Francis Xavier’s family. It has been adapted to local surroundings, suggestive of a native flavour of a College in India. The escutcheon in white and blue contains a tiger and a palm tree, overlooked by a silver crescent moon, which symbolizes the palacio of Xavier. The charge on the Dexter, HIS, bespeaks a College of the Society of Jesus (Iesus Hominum Salvator – Jesus, Savior of Human Family). The checky argent and sable in the base recall the spirit of the Xaverian family. A garter bearing the words “St. Xavier’s College, Calcutta”, encircles the escutcheon and it is surmounted by a Cross emanating holy rays. A scroll passes underneath inscribed with the words Nihil Ultra (Nothing Beyond), the motto of the College. The Crest signifies dignity, courage, quiet gleam and the call of the beyond – the quest persists towards higher endeavour.

A Christian Minority Higher Educational Institution, St. Xavier’s was founded in 1860 by a Catholic Minority Religious body, the Society of Jesus, and was affiliated to Calcutta University in 1862. While preference is shown to the educational and cultural needs of the Minority community, admission is open to all irrespective of caste, creed and nationality!